Recovering Addicts Share 'Mind-Blowing' Stories About Not Being Judged 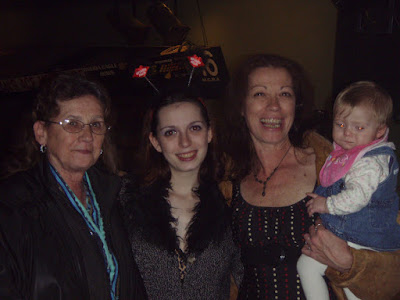 Recovering Addicts Share 'Mind-Blowing' Stories About Not Being Judged
Going to rehab can be a scary thing for an addict — even one who desperately wants to get better. When you come clean about your lifestyle and put it out there in the open, it’s hard to imagine that people won’t be judging you at every turn. This likely puts a lot of people off from getting the help that they need, but fortunately those that make the leap to rehabilitation tend to find that there is a lot less judgment than they expect.

Christy, a recovering addict, needed to go through some difficult emotions and deep, personal issues before getting the help she needed. She’d had an affair and felt she had neglected her children, and she felt a great deal of shame. She had a hard time finding someone to talk to without fear of judgment until she went to rehab.

“I was able to open up about it,” she told me. “I guess I thought that everybody would think I was a horrible mother and wife. But nobody judged me; these people have done bad things too. They’re not here to judge me. They accepted me. They hugged me and told me it was OK while I was crying and admitting things.”

Zach, who recently reached his first year of sobriety, told me he felt “empty and alone” when he first arrived at rehab.

“I was ashamed of myself, I felt guilty, and I didn’t think anyone else was going through what I was going through. I had a wife and kids, other people I was responsible for. I thought I’d go there and have people judging me. But it was mind-blowing when I got there. I’ll never forget when I first got to my treatment facility. I had just gotten out of my intake with the nurse, and she introduced me to someone. He said, ‘Hey, friend! What are you here for?’ And I told him. He said, ‘Don’t be ashamed — we’re all addicts here!’ That’s something that’s always stuck with me.

“I didn’t think anyone else had ever been where I was in life, or would be able to relate to anything that was going on in my head,” he added. “That was also a big part of why I didn’t hide out in my room. People would walk by me and introduce themselves when I first got there, and it was still kind of overwhelming because I was still withdrawing. It was mind-blowing how people really connected with me without even talking to me, and just knowing what was going through my head just by me being there.”

“It felt great,” said Jeff about his experience at the Treehouse, an Addiction Campuses facility in Texas. “The wall I had built kind of started to come down. It was beautiful because here I was with a bunch of strangers, but yet in some form or fashion, I could relate to every single one of them. You don’t have to feel like you’re being judged or you're going to let anyone down. There’s no reason to feel guilt or any shame. It was only supportive. It was very freeing.

“It was especially helpful being able to unload all of my thoughts and all of my baggage having been such an isolated user, and having people tell me, ‘I’ve felt that exact same thing.’ I felt like I was the only one — in the billions of people that have ever lived — who had ever had this problem to this degree. But of course that’s not true. And a lot of people have it a lot worse.”

Jeff was struck by how people were not forced into interaction and the freedom that was allowed.

“I learned more from my fellow addicts than I learned from anybody there,” he recalled. “It was a beautiful experience and I’m very grateful to have taken part in it. ...

Scott, another recovering addict, shared some interesting perspective as someone who helps others through a commitment group. He stands in front of groups and opens meetings. He called himself the “face of the meeting”.

“The one thing you don’t want to do is come across as preaching, because not everyone is ready,” he explained.

“You don’t judge, because you’re not there to judge,” he told me. “When people talk at the podium, you don’t judge and you don’t compare — you’re just trying to identify. You don’t listen to someone speak and say, ‘I didn’t do that, so that must not be true.’ You have to identify and not compare. If I compared myself to others, I probably wouldn’t be sober.”

“Everybody goes through traumas and dramas and has had things happen that brought them to where they are now,” said Lincoln, who hit his first year of sobriety this past summer. “But no matter what you’re going through, somebody has been through it before you, and somebody was able to get past where you are now. A lot of people think their problems are too much for any one person to handle. But just because someone has a smile on their face every day doesn’t mean they haven’t been through tough times. That’s the benefit of having AA and support meetings — once you walk in, you already know those people have had the problems you’ve had. No one is judging you. ...

“I’ve done a lot of really wrong things in my life — not because I was raised to be that way, but just through using and wanting to get my next fix,” Lincoln admitted. “I was blown away being at the podium and speaking to groups and not being judged. I talked to my father for the first time in a year and told him I was remorseful for the things I had done, but it was hard to be sorry — if things hadn’t happened the way they did, I wouldn’t be where I am now.

“Everybody has a past. Nobody cares about the past. To me, the past is a non-issue. You can’t judge someone on their past. If we’re judging someone on their past mistakes, no one will get out alive. I like to think, ‘What are you doing now to make yourself better for tomorrow?’”

Lincoln’s words of wisdom really are the key to sobriety. It’s important to be honest, but you can’t dwell on the past. It’s all about making things better, and it’s amazing how much support these recovering addicts have managed to find when they put in the effort to make that improvement a reality.
Posted by Chris Tucker at 12:36 PM No comments: Links to this post