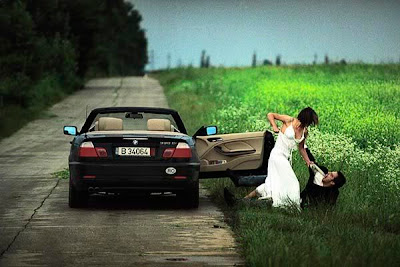 Hi. On Thursday, Feb. 18 at 1030pm my wife returned from her daughter and son in law's home. She was in a good mood earlier in the day, but came home in a depressed mood. She then complained that she wished she had more money to help the kids, even though we , including her and I , have helped them repeatedly. This escalated into an argument. During the argument, as I got up to leave the room and the discussion, she grabbed my arm and as I pulled away severely scratched my arm . She them hit me in the mouth causing the upper pallet to be torn and bleed. I told her I could call the police and register an assault charge. She saw the bleeding. Then she really fumed. She left the house and went for a walk. A few minutes later at 1130 pm two cops were at my door. One stayed outside with her and the other inside with me. She told her story separate from mine. Both cops, however saw the lip and pallet wound. Before they left , they suggested we separate for the evening. My wife went to her other daughter's house. This was at 1215 pm. At 330 am, my doorbell was ringing. I carefully looked out the window and saw two patrol cars. I didn't open the door. They left. At 800 am, my door bell was ringing. Now there were three patrol cars and they were walking around the property. Again, I didn't open the door. At 900 am, the alarm was deactivated, the door unlocked and my wife comes in with the 6 officers. They serve me with a Temporary Order of Protection. It had been granted at 1230 pm at the police station near my house. The hearing is in two weeks. Two of the officers followed me around the house while I packed some items for the next two weeks. I asked them why I was being put out of my house. They said that she got the Temporary Order of Protection first and I had not applied for one despite the fact that I was the injured and battered parti. They asked if I wanted to make a written statement to add to the report of the previous night. I did. They asked if I wanted to press charges and I said yes. At noon, I went to the emergency room, they took pictures, examined me, wrote a report and gave the report to me with the pictures. My question is....with the facts at hand, at the Hearing, once the judge sees the assault and battery, is it in my favor that the temporary order for protection in her favor be either dismissed or overturned and a new order be issued by the judge against her. This would include having her move out of the house. ANONOMOUS
Posted by Chris Tucker at 1:23 PM 3 comments: