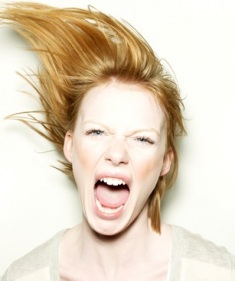 Back in Nov.2010 my husband and his ex broke up. He filed a temporary restraining order on her. His daughter was given to him. 2 Weeks later he went to court. Because of lack of evidence he was denied the final restraining order. On that same day in Nov.2010 after he was denied, his ex went and filed a temp. restraining order on him. They removed his daughter and gave her back to the ex. 3 days later she called the police and falsely stated that he tried to place a hit on their daughter for $ 60.00. The police questioned him and no evidence was found for it to be true. They went to court 2 weeks later and while under oath he asked her and her mother if his ex had ever been baker acted or ever been diagnosed with mental health disorders. They both lied under oath and said no. The judge decided to award the final restraining order because my husband didn't have evidence of anything he was trying to prove. She had friends and family go under oath and state he had been abusive to their child. Over the next year, she proceded to contact him through different social networks, and then tried to violate him. He did not communicate with her. Then in December of 2012 She contacted me his wife. We began talking. She requested that the judge modify the restraining order to allow communication. It was permited and they began communicating. We lived in TN by this time. She was in FL. She asked him to come back to FL and she would request the judge to vacate the restraining order so that he can start seeing his daughter. We moved back in Feb.2013. She filed a motion to vacate in Feb. 2013.The judge did not respond to the Motion. I lived with her for 2 weeks until my apartment was ready, and then I moved into my apartment with my husband.  The judge still did not respond to the Motion by May 2013. Then in May 2013 he filed a petition for visitation. In May 2013 she decided she didn't want him to see her so she claimed she was moving to Miami with their daughter. I went into her apartment office and requested information on whether she was still residing there. The apartment manager said she had not seen her in over 3 weeks, and would have to check in on the situation. My husband decided to go and file a contempt and return of child and a appointment for a guardian ad litem to be assigned to the case for his daughter. His ex had the apartment manager lie in a written statement and is now trying to violate him. If this judge had vacated this restraining order this would not even be and issue. But in the mean time, my husband has collected evidence that his ex has been Baker Acted on multiple occasions from childhood until adulthood, She has multiple domestic violence charges from childhood on her mother and father, brother and pregnant cousin, she has been arrested a few short months prior to her 18th birthday for breaking into a house and stealing alcohol and drug paraphenilia and expensive items from a neighbor. She and her mother an grandmother all lied under oath when asked if she had mental problems or ever been baker acted originally. My husband has provided all the proof to the judge along with filing a motion to vacate the injunction and also has filed a motion to set final hearing. He has also filed an amended petition to obtain sole custody of his daughter. And have her removed from her mothers care and place back into his care. He has subpoenaed people to witness that she has been neglectful and abusive to their child from infancy to recently. She has left her in her mothers care and her mother tried to commit suicide in front of her. At her own confession to my wife DCF was brought in and she was told she could not be left in the care of her grandmother. He has proof of that as well. She has a legal aid lawyer and who is from Marion County, who states in her response that she lives in Gainesville and has not willing fully moved the child to any other place. That she never said she was taking the child to Miami. I, myself, my step-daughter and her husband all heard her say it and she text messaged me that she had moved 3 weeks prior an would not disclose to where she would be living. She responded with mail anything to my mothers. Falsely Accused
Posted by Chris Tucker at 10:44 AM 1 comment: