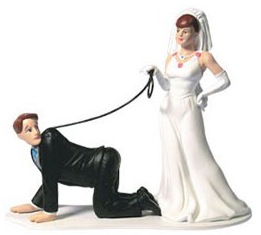 Here is a letter we received about his experience with liars at a San Francisco Domestic Violence Shelter.

Ran across you Restraining Order Blog Site. Was hoping to post the following, but apparently my post is too long:

I am in this same situation. My ex-wife (was my wife at the time) went off on a "Religious Quest" where she decided she wanted to become a Buddhist Nun. She said that to do this, she needed to end her relationship with me and follow her path to enlightenment. As it turned out, her path to enlightenment included a relationship with another another man. After 13 years of marriage, I was devastated. Certainly I was an emotional wreck. I pleaded and begged my wife to work with me to save our marriage. We had two children at the time ages 7 and 4. There were the routine brushes with the police where she would call them because I was emotionally distraught and she'd claim I was "emotionally abusing her" by trying to convince her that there was merit in saving our marriage. Ultimately, she left our home, called a San Francisco Domestic Violence  hotline, and managed to get into this system of Women's Domestic Violence Shelters where she and my children lived for over a year now, moving from place to place every couple of months. In the beginning, she was at least good enough to allow me to see my children regularly. In fact, this occurred for most of the year leading up to the situation I am in today. She even spent an entire day with my sons and I at a local amusement park. Throughout all of this, there was never any domestic violence. The person who was suffering through all of this was me as she used my children, and these DV shelters, as tools to manipulate me.

THen, so suddenly, she ended all contact with me. All along she kept telling me she wanted "a divorce from me and she was willing to work with me in any way". Her last text message were words to this effect, and that was it. She terminated all contact with me. I tried one last time to contact her at one of these San Francisco Domestic Violence  shelters she was living at, and she had the police standing by to handcuff me and stuff me in a police car. One of the shelter staff even blatantly lied saying they have seen me earlier in the day and I brandished a firearm. While I did own firearms at the time, they were not within 100 miles of this location where my ex-wife was living. The end result of this temporary contact was a 1 week TRO and the investigating police officer telling me she apologizes for these actions taken, that I'm not the sort of person they usually encounter on the streets, and that my ex-wife needs to stop all this running around with our kids. She realized what was going on. But with my ex-wife living in a San Francisco Domestic Violence  shelter, her hands were tied.

Fast forward to today. I grew tired of all of this. It was time to move on. I filed for divorce. My wife (now ex-wife) still decided to remain in hiding. There was no way to properly serve her the divorce paperwork. In the end, I got approved to serve via publication. Obviously she didn't respond. The terms of the divorce were in my favor. I felt like finally I had some closure. During this time, I met someone new, developed a relationship, and we've since been married and have a baby on the way.

But it didn't end there. My ex-wife decided now it was time to have her revenge. The DV shelters moved her to the City of San Francisco clearly for the purpose of filing a custody case and DV case against me. It didn't matter in court what I had to say or what my divorce decree stated. The judge took her at her word, and claimed jurisdiction over our kids because they had been with her. The end result, a three year CLETS DV restraining order, loss of my second amendment rights (I had to give up my guns), a possible loss of a 17+ year career in the US Navy if my Security Clearance is affected, and the worst environment for my children due to a ridiculous visitation schedule.

I once had a respect for the rule of law and what this great nation stood for But I'm sorry, our courts (especially those in California) have morphed into nothing but a tool to be used by those who wish to seek revenge on their partners. I'm disgusted with it all and all of this is taking a toll on my new relationship. I've dealt with all of this up to this point without the need of attorney's representing me (I used them solely for paperwork and advice). But seems now I need to get some legal assistance.

For all of you who have been in this San Francisco Domestic Violence  boat. I feel for you. In the end, I want only what is best for my children. And I do not believe that is an adversarial situation with my ex-wife setup my a screwed up court system.