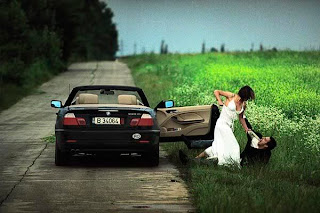 Restraining orders are quite common in a Divorce. They are quite commonly used by the person seeking the Divorce to get an unfair advantage.
In my brothers divorce, his ex wife lied to get a restraining order issued, and even had one of her 2 children Lie. She told her daughter that if she did not lie, and say Daddy tried to rape her, that they would not get any money to live on, after the divorce!

Here is a letter we just got from a reader of this Blog, in case anyone wants to share their Divorce Restraining Order experiences.

My brother is going through a Divorce back in December of 2011 his wife told him she was leaving not know why. Two Days later the police show up at the door telling him he has to leave the home there was a restraining order filed against him.  The judge who signed the restraining order signed on the reason my brother call his wife a Dumb Bitch.  So he was told he could not come out to the house for two weeks.  When he went back his wife cleared the house even killed his cat. They also own a business (restaurant ) He was lock out of that he owns 50% and she has embezzled money forged his name on his Stocks drained the business accounts took his name off of them and open new ones.
Posted by Chris Tucker at 9:09 AM