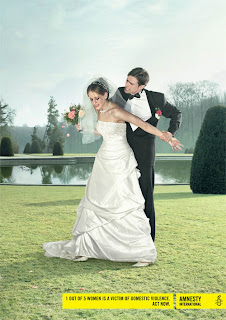 Here is a letter we just received from one of our readers with Restraining Order Questions.


On the 6th of Jan my husband who already has a court hearing on the 24th of this month decided to grab me by the coat and hurt my chest 3 times I told him that was it I was going to call 911 I had enough so then he called 911 screaming in the phone while 911 was on the phone STOP HITTING ME OVER AND OVER AGAIN.  In the background you could hear me asking why are you lying to the sheriffs  I hope the judge can listen to those tapes.   So when they came they talked to both of f us separately and I heard him lying to them saying I was slapping him and saying stuff that was untrue.  He had been threatening me that since he was going to jail so was I and now he is succeeding so I was arrested and because I have a heart condition the sheriff's called the ambulance and they rushed me to the hospital and I was hooked up to heart monitors oxygen given nitro the whole nine.   The cops would not even take off my cuffs even though they were right there in the ambulance with me making it very difficult for the EMT's which were getting upset with them.
So I got to the hospital and was given IV fluids which had heart med's, pain pills cause the pain in my heart was so bad and I was one out of it woman.
Then they came up to the bed and said they were giving me a situation and that I could not go 100 feet from my husband that is all I remember and I was asleep in and out for a few hours then I was told I could go home well that was a little difficult since I had my car at my property and I lived 30 miles away so I took a taxi and almost could not even get out of the cab because of the effects of the medicine from the IV.
So when I came in the house I did not see him at first I passed out on my couch and he had left then and I could not even hardly see.
So the next morning he came home and said I was not suppose to be there and I told him what was I suppose to do I could not drive and I was not going to sleep in my car that would have still been on the property so I just left and I went to the court house and talked to the DA's paralegal and filed a paper and started for home which was 70 miles from home but I called the sheriff and I was told on the phone he was there already and he would wait for me.
So I drove on my property which is 9 acres and you could never see any cars unless you did drive up but the sheriff was not there and my husband was getting in his car and I asked him where the sheriff was and he said to call him but I did not I left  and then I called the sheriff again and he said he would meet me there so I waited on the corner till I saw him and he had me follow him to my house where thinking he was going to stand by he arrested me instead taking me to jail.
My question to you is what do you think will happen to me on Tuesday when I go to court do you think the judge will throw me in jail?
I am living in my car, and while I was gone my husband ransacked my bedroom which I have pictures of and he took the 3000 my mom had given me so I could leave there and find a place to live but he stole the money leaving me no money and living in my car.
The 5 day temporary restraining will be up on Tuesday I think or wed and my husband called my mom yesterday saying he was going to get another restraining order till the 24th till we go to court which is for his domestic violence case that he had for beating me up and I have pictures from the officer that took the report after he beat me when I came home from the hospital that day in July of last year.
Thank you and I hope you can give me in your professional opinion what do you think will happen ?
Restraining Order Blog is not meant to harass, directly or indirectly contact, harm, imtimidate, bring any emotional distress, stalk or cyberstalk, nor intentionally slander or damage any individual in any way. Nor is it intended to initiate any third party contact on behalf of any poster or author, or violate a current restraining order in any way. If you feel there is anything on our Restraining Order Blog that is slanderous, untrue, or illegal, please bring it to our attention. Our Restraining Order Blog Legal Staff will examine your request promptly, and any post you find offensive will be reviewed and possibly removed in a timely mannner
Posted by Chris Tucker at 9:09 PM