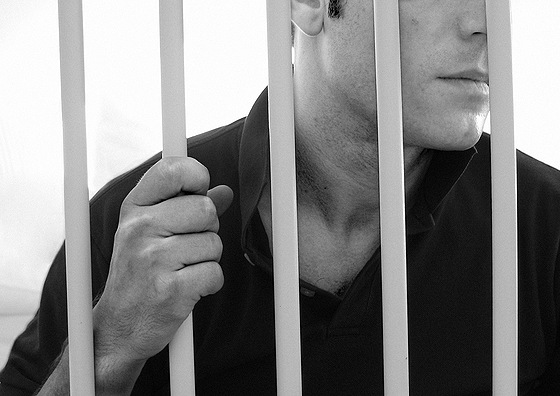 TAMPA — A Hillsborough County sheriff's deputy suffered a broken leg Friday afternoon while breaking up a fight between inmates at the Falkenburg Road Jail, sheriff's officials said.
Hillsborough County sheriff's deputy Deputy Greg Brown, 35, broke his leg as he struggled with one of the inmates involved in the fight, officials said.
The fight broke out in one of the jail's housing units shortly after noon Friday. According to authorities, two inmates, Rodrick Lee Kelly, 23, and Jordan Ryan Beerman, 21, exchanged insults before fighting each other. Hillsborough County sheriff's deputy Brown, who was supervising the unit's 70 inmates, called for backup and ordered the two to separate.
Brown attempted to subdue Kelly from behind, taking the inmate to the floor, officials said. In the process, Brown's right lower leg was broken. He was able to control Kelly until other deputies arrived.
Brown was taken to University Community Hospital for treatment after being examined by jail medical personnel. Authorities described the injury as serious and said Hillsborough County sheriff's deputy Brown will undergo surgery.
Brown has been with the Sheriff's Office for five years.
"This incident once again illustrates the dangers that our detention deputies face in their daily duties," Col. Jim Previtera, commander of the sheriff's detention services division, said in a media release. "Deputy Brown is in tremendous physical condition and conducted himself in an outstanding manner handling this fight. Yet he faces the real possibility of extensive surgery and a prolonged recovery period for his willingness to accept this job. Our hope is that the early diagnosis will improve in his favor."
Sheriff's detectives are investigating the incident to determine if additional charges will be filed against either of inmate.
Kelly has been in jail since Dec. 17 for failing to appear in court on several charges including aggravated battery on a pregnant female and burglary, according to jail records. Beerman has been in jail since Dec. 4 for a domestic violence-related charge of aggravated battery on a pregnant female.
Posted by Chris Tucker at 10:00 PM