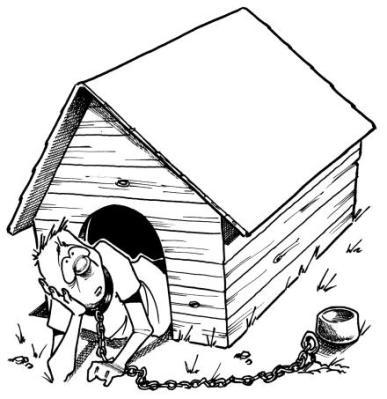 Posted by Chris Tucker at 10:06 PM No comments: Links to this post

The judicial system is compleatly messed up and needs a serious evaluation.  I filed for a restraining order aginst my husbands ex wife two months ago. At today I get a phone call stating that she now has one against me!!! They told me they can't find her so she hasn't been served with mine. However I get a phone call with in days of her filling one out aginst me. She's showed up at my work, oh by the way I only worked at they placed she showed up at for only two days, she's sent me threating emails, and has emailed my whole family, and yet she gets her papers delivered before I do. How is that possible,  or fair.
Signed
Pissed off in MN

Posted by Chris Tucker at 8:30 AM 3 comments: Links to this post

Restraining Order Blog gets lots of letters from our readers. It is  our policy to publish them, so those going through the restraining order experience can get input and support, This is an email we just received from one of our readers. It has had all names removed to protect privacy. 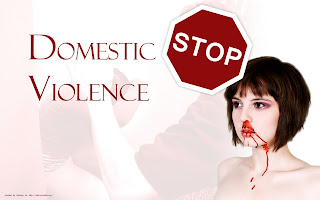 Got a good one here.

My ex-girlfriend and I argued constantly over the last three months of our relationship. It came to a head the day, THE DAY, I moved in. She accused me of trying to set up dates with an old girlfriend when all I was doing was trying to give her back the four books she lent me.

Well, the arguing escalated and I touched her in anger. Four days later, FOUR DAYS, after constantly arguing, I had enough and told her that I was moving back to Orlando. (She lives in Melbourne)

Well, she called the cops and, with the coaching of her daughter who works for the state of Florida Child Protective Services, convinced the investigating officer to charge me with Domestic Violence by Strangulation. A third degree felony. Before she called, she texted me and threatened to commit suicide if I left, THEN she threatened me that she would call the cops.

This occured on July 14th, 2010. Well, back in June when we were just a loving, constantly fighting couple, I took her down to Delray Beach for the week. Her computer broke and I had just been givien a knew one for work bt didn't want to use it due to all the work I had on my old one.

She had some pictures that I liked and I decided to email them to my yahoo account using my new computer. I cc'd her as well. This occurred on June 14th.

Now, the Victim's Advocate decided that I was a big monster and convinced her to get a restraining order on me. I was served papers on my 53rd birthday, Aug. 10th. Also on that day, I was finally in a position to start using my new computer and decided to begin using it.

Much to my dismay, the pictures that I sent on June 14th, and are dated on my computer as sent that day, arrive in my Yahoo email account and her AOL email acct.

The Injunction Hearing took place on Aug. 19th. I was fearful that the judge would make the injunction forever, so I agreed to it. Even though she lied about the incident and told the judge that she caught me texting women, plural, trying to set up dates. The judge set it up for a year.

In October my court case, which by now had been reduced to Battery Domestic Violence, a misdemeanor, was set for jury trial. My attorney told the State Attorney that this was nothing, that she had threatened suicide and call the cops, and showed him the text messages. In addition, her calling four days after the incident didn't set very well.

I finally agreed to plea to Breach of Peace, Disoederly Conduct. No probation, Adjudication of Guilt Witheld, and a $221.00 fine.

I was set to plea on Oct. 22. On Oct. 21st, I get a criminal summons for four violations on the condition of my release. The four pictures I sent to her on June 14th but did not get received until Aug. 10th.

This was the day before, THE DAY BEFORE, my plea deal with the state attorney.

I gave my attorney all the documentation that I had that verified I sent the emails on June 10th. My Docket Sounding is this Tuesday, Dec. 14th.

I spent two nights in jail, spent close to $10,000 in bond, attorney, and other costs, lost half my living room furniture, a t.v., assorted clothing, some small appliances, a barbecue grill and accessories, weeks of work, and a great amount of anxiety.

I have a restraining order against me until Aug. 19th 2011, and am STILL not done with this crap.

Oh yeah, I should mention that the woman was abused as a child, battered for 20 years by her ex-husband, date raped and stalked, then became an alcoholic. My restraining order was the FOURTH one she has been involved in. Two against one guy, one against her, for 10 years, and mine.

With the Lord, I will carry on!


Restraining Order Blog is not meant to harass, directly or indirectly contact, harm, imtimidate, bring any emotional distress, stalk or cyberstalk, nor intentionally slander or damage any individual in any way. Nor is it intended to initiate any third party contact on behalf of any poster or author, or violate a current restraining order in any way. If you feel there is anything on our Restraining Order Blog that is slanderous, untrue, or illegal, please bring it to our attention. Our Restraining Order Blog Legal Staff will examine your request promptly, and any post you find offensive will be reviewed and possibly removed in a timely mannner
Posted by Chris Tucker at 7:54 PM 8 comments: Links to this post