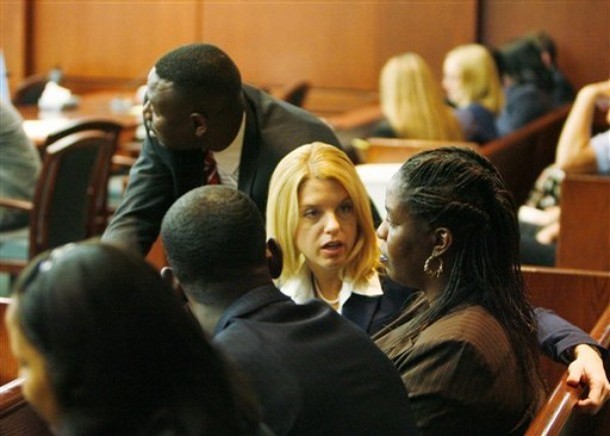 Bondi played up her experience as a prosecutor and stressed that the next attorney general would lead the Statewide Domestic Fatality Review Team which reviews fatal and near-fatal domestic violence incidents.

"I spent nearly 20 years as a prosecutor in this state, and I think it is significant that the first homicide I tried was a domestic violence murder and the last case I was working on when I left the state attorney's office was domestic violence murder," said Bondi. "Domestic violence is a serious and often deadly crime which impacts more families than many people realize. I care deeply about the victims of this violent crime, and as attorney general, shining a spotlight on this issue will be an important goal of mine.

"I am committed to intensifying the effort to change the culture of domestic violence crime in our state through increased education and awareness efforts, leadership, and continuing to partner with our great law enforcement officers who are already doing everything they can to stop this awful trend,” added Bondi. “People's lives are at stake, and I will step in and do anything in my power to protect them."


Pam Bondi is running for office for the first time. Her background is as follows:

- A graduate of the University of Florida and Stetson Law School. Bondi served as a front-line prosecutor for the past 18 years.

- As an Assistant State Attorney, Bondi served under five State Attorneys in the 13th Judicial Circuit, a department of more than 100 attorneys.

- Bondi’s investigative and courtroom experience came into play with nationally celebrated cases, including putting Adam Davis on death row for the murder of Vicky Robinson and convicting Melvin Givens of first degree murder for the stabbing death of local NBC-News Producer Danielle Cipriani.

- Bondi regularly traveled to Tallahassee to oppose the parole of convicted murderers and rapists.

- Bondi served as Felony Bureau Chief and a key member of internal homicide, vehicular homicide, and DUI manslaughter committees. She also sat on the Executive Committee responsible for budget, personnel and legal strategies.

- Bondi has served as the Vice Chair of the Florida Bar Grievance Committee, and in Tampa Bay United Way, the Children’s Board, Junior League, and on the University of Florida Gator Club Board of Directors.

- Bondi received the Tampa Bay Review’s 2001 “Lawyers of Distinction” and has also received the Italian “Woman of Excellence in Government” award.
A native of Tampa, Bondi is a fourth generation Floridian, and hails from a family dedicated to service, including three generations of educators.
Posted by Chris Tucker at 3:29 PM