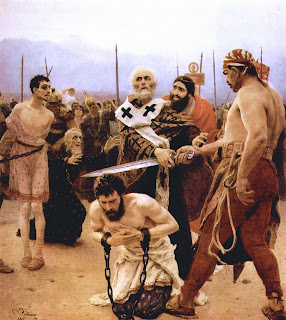 Extreme Gender Bias and Lack of Truth and Justice  in our Court System
I have read many blogs from both Fathers and Attorneys, all just relating their personal and professional experiences. After a while they all seem to be the same, and basically ending up the same, abused by the court system, the same court system that is presumably there to protect us equally as citizens.
I grew up thinking that we had one of the best legal systems in the world, not perfect but one of the best. I have learned since that “innocent until proven guilty” is only a catch phrase; "preponderance of the evidence" is another one. I have heard that being a man in the probate court system can be somewhat compared to being a person of color during the civil rights movement. I certainly do not intend to downgrade the struggle those “American citizens” had to endure to get the rights that they so rightly deserved. However I feel like I can completely relate on some level to the experience of a complete double standard when it comes to men vs women in our probate court system. The woman has to just cry “abuse!” and without any proof or evidence against the accused she is suddenly surrounded by an army of “advocates” tasked to condemn the accused. But where is the army to protect the wrongly accused? Where is the system that has stated since the beginning of our democracy that it will protect the innocent and guard the wrongly accused from any wrongful persecution, to uphold justice? The answer is that it doesn’t seem to exist. In fact what is in place is a system that allows the woman to abuse the legal system and in turn ruin an innocent man and tear children apart from a loving father, motivated solely by bitterness and vindictiveness and not a valid legal position.
Because all the stories out there start to sound the same, i.e. “she lied”; I am not going to go into my story.  I would however like to relate some of the facts that one would think were enough to at least raise an eyebrow in our court system.
I understand that there are “father’s rights” advocates out there trying hard to get some sort of justice incorporated into our system. Our elected officials are supposed to be there to help the citizens who are unjustly treated by our court system. The problem is that when they try to enlist the help of those elected officials those officials are then faced with handling a political football. They are assailed by women’s rights advocates screaming discrimination and accusations of trying to protect “wife beaters” so in affect very little is done. The fact is that there are mountains of studies that report that single mothers are more likely to commit physical abuse than are fathers. In fact there are overwhelming studies done throughout the world the results of which directly conflict with the current opinions and practices of our courts, but they too are ignored. Hostile-Aggressive Parenting (HAP) Published by Family Conflict Resolution Services, Ontario Canada July 25, 2004, White House Council on Boys to Men/Dr Warren Farrell, 415-259-6343, July 2, 2010 (Obama administration) just to name two.
The result as I see it is that there is very little truth or justice in our legal system. As a famous comedian once said, “We go to court looking for justice and that’s just what I see, just us!” Men and Fathers trying to exercise their legal rights, protect their children, and seek justice. Instead are faced with a system that has extreme gender bias, a bias that is overwhelmingly admitted to by those in the legal profession and observers from the outside. Where are the Fathers and husbands advocates? Where are the ones that are there to insure that fairness and truth be administered to the men and Fathers as well and the wives and Mothers?
I know that there are those that would say that the system errs on the side of safety. That if the system lets one truly dangerous man “slip through” that the result could be a life or death situation for the woman. I agree whole heartedly that every person should be able to be protected by the system, but the protection should be afforded to every person. I do not believe that an overwhelming number of men and Fathers should have their lives ruined; Fathers and children torn apart simply because the system has left itself open to abuse and manipulation by bitter and vindictive people. These same people recognize that they can now avail themselves to a system that has allowed it to be used as a tool to destroy rather than protect.
We are taught that truth and justice is what we can expect from our court system but we find very little of each once we are in need of the court system.
Posted by Chris Tucker at 4:11 PM