Restraining Order Blog is not meant to harass, directly or indirectly contact, harm, imtimidate, bring any emotional distress, stalk or cyberstalk, nor intentionally slander or damage any individual in any way. Nor is it intended to initiate any third party contact on behalf of any poster or author, or violate a current restraining order in any way.


Living in a Car After False Domestic Violence Charges 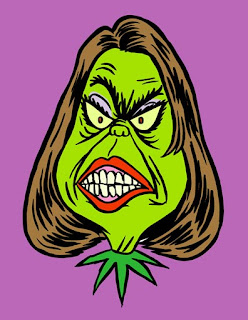 by Dan Abshear (for henrymakow.com)
ATLANTA- A year ago, after 20 years of marriage, my ex-wife falsely accused me of striking her. I didn't touch her.

As a result of her lie, I have experienced arrest, incarceration, conviction, and loss of freedom. I am penniless and lived in my car for three months. I ate out of trash cans.

I now have temporary accommodation courtesy of a Veteran's Administration program for homeless men. I am 44-years-old.

I had made good money as a pharmaceutical salesman for companies such as Merck, Pfizer and Novartis. But I had been laid off and depressed for a year.

The night my former wife falsely accused me of violent crimes, she took my daughter and moved in with a girlfriend, who also had falsely accused her own husband a few years ago. I'm convinced they planned this together.

She filed a restraining order against me and I had two minutes to get out of my home. When I tried to retrieve a pair of shoes from my wife's SUV, I was arrested and spent 41 days in jail. While I was in jail, she sold our $250,000 house and captured all our joint assets. I had paid $30,000 of the down payment for that house.

I've been denied access to my 12-year-old-daughter entirely. The pain of this particular injury is indescribable.

My primary concern is the safety and well-being of my daughter. In fact, men typically do not leave an abusive relationship because they often fear for their children's safety. I raised my daughter. My wife never participated.

Gender biased stereotypes have ultimately placed me at the mercy of our pathetic family law system who absolutely know nothing about me. They do not care to know me.

The following was retrieved from www.mediaradar.org, '50 Domestic Violence Myths':

1. Women are just as likely as men to engage in partner aggression, according to hundreds of studies. Partner violence, if it happens, is often mutual. Self defense accounts for only fifteen percent or so of partner aggression.

2. Less than five percent of domestic violence incidents involve couples in an intact marital relationship, such as mine was. Studies show marriage is clearly the safest partner relationship. In fact, most cases of family conflict do not involve physical violence at all. Mine never did.

3. I have a restraining order against me now. Over 2/3 of restraining orders issued are determined to be either unnecessary or false. Also, these orders do not prevent future violence from happening.

Also, if I attempt to reconcile, I will get arrested. If I send my daughter a birthday card, I will be in jail. I've not spoken with or seen my wife or daughter in over two months now. Yet I've been arrested often during this time.

Also, in divorce court, women are granted sole custody of their children about 65 percent of the time. There is in fact a frightening fatherhood crisis in our country. All modesty aside, as a dad, I completely rock out loud.

I'm a victim of domestic abuse myself. I suffered over a decade of brutal physical and emotional child abuse that you likely do not want to know about.

Meanwhile, I suggest that others stay out of this system. Resolve your disputes through negotiation. Do not share your dirty laundry with these anti-family law enforcers. Do not fight for your rights in a courtroom. By that time, it is too late.

I'm presently losing this battle, but I continue to stand up after I've been slammed to the ground several times. I'll stand up again.

I'm not angry or hateful about what is happening to me- this surreal nightmare that has manifested into a bizarre reality. I will not lower myself to be this way ever. And I will also never live in fear as a result of what is happening to me. If I do become fearful, I will lose this fight completely. And this is a fight I cannot lose. I love my daughter way too much.

So likely I will be in jail again. This is just a fact about my life now. That's OK, though. Because some battles need to be fought, and the results can lead to suffering.

This article is from Dan's Blog