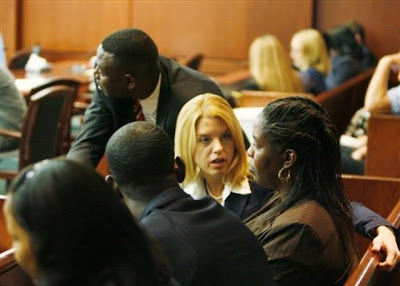 Pam Bondi wins overwhelming victory in Orlando’s Tea Party Straw Poll
On a very cold Orlando morning that drew almost 500 participants in today’s Tea Party rally, Pam Bondi warmed hearts with an inspiring and conservative call to action speech and earned overwhelming support in the subsequent straw poll. This is the second time in a month that Bondi has beaten her primary opponents resoundingly in a straw poll in the voter-rich I-4 corridor. 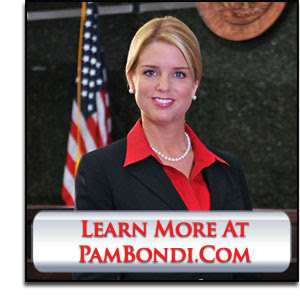 "I am running for office for many of the same reasons that caused these citizens to come out and stand in the cold to make their voice heard,” said candidate Pam Bondi. “I am honored that they are supporting our message emphasizing government’s need to focus on ensuring public safety and creating an economic environment for the people of Florida to succeed.”

The total vote tabulation was as follows:

Results can be viewed later on the WORL AM 660 website.

“Pam Bondi’s huge victory today among likely voters is yet another indicator that she remains the Republicans’ best chance of keeping the Attorney General’s seat in Republican hands,” said Bondi consultant Brett Doster. “She is committed to taking her message to every county and every precinct in the state, and I am confident that she will earn the Republican nomination in August.”

Pam Bondi recently resigned from the State Attorney’s office as a career prosecutor to run for Attorney General. She is a 4th generation Floridian, a resident of Tampa, and is committed to being an advocate for the small businesses and working families of Florida.

Political advertisement paid for and approved by Pam Bondi, Republican, for Attorney General.

Published free by this Blog in support of Pam Bondi for Florida Attorney General
Posted by Chris Tucker at 11:18 PM