An online petition has been started to hold perjuring priest Bob Malm, currently interim rector of St. Gabriel’s Episcopal in Marion, Massachusetts, accountable for his perjury, bullying, abuse of power, and his efforts to drag a dying woman into court.

Even better, please ask your friends to help
spread the word.

Following my filing suit against Grace Episcopal Alexandria, Episcopal bishop Susan Goff, and the Diocese of Virginia, the diocese has finally responded with news that it’s represented by legal counsel. Meanwhile, I have filed a motion to compel.

Stay tuned for more on an abusive church, and a diocese that ignores it when clergy commit perjury.

Following the announcement by perjuring Episcopal priest Bob Malm that he is retiring, I have filed suit in the Virginia courts against Grace Episcopal Church in Alexandria, the Episcopal Diocese of Virginia, and Episcopal bishop Susan Goff. In it, I charge civil conspiracy, abuse of process (which is when a legal proceeding is used for an unintended purpose), breach of fiduciary duty, and more.

Subpoenas already have gone out, asking for the exact language by which Bob Malm claims he was threatened, and documentation of his claim, made in writing, under oath, and while advised by Episcopal church attorney Jeffery Chiow, in which he falsely claimed that my mother, terminally ill, “time after time” makes appointments with him and no-shows. This he cited as one of the reasons he believes I have threatened him.

For those who may be wondering, Jeffery Chiow is a shareholder in the DC office of Rogers, Joseph and O’Donnell. In the course of his representation of the church, he made multiple false statements of fact to the courts, including that I had never been licensed to practice law. Jeff also referred to the case as one of “domestic terrorism.”

No response yet from the church or its insurance carrier, but I am prepared to bet that neither the church, nor its attorneys, nor Susan Goff will have the integrity to admit that Bob Malm committed perjury.

Meanwhile, the church has actually named part of the building after perjuring priest Bob Malm.

Bob Malm, the Episcopal priest who lied under oath in his efforts to obtain a protective order against former parishioner Eric Bonetti, has announced his retirement. The news comes as the church faces ongoing financial and other challenges resulting from Malm’s misconduct.

As part of Malm’s effort, he and attorney Jeffery Chiow, a shareholder in the law firm of Rogers, Joseph, O’Donnell, attempted to subpoena Bonetti’s terminally ill mother, Sigrid Yahner, in violation of relevant local law. Additionally, Chiow and Malm submitted numerous inaccurate statements to the courts, calling Bonetti a “domestic terrorist,” and referencing a fictional church shooting in the nonexistent town of “Sugarland Texas.” They also falsely informed the court that Bonetti had not previously served as a police officer, and that he has not been admitted to practice law.

Subsequently, the Episcopal Diocese of Virginia refused to address Malm’s perjury, on the grounds that he had not been convicted of the crime of perjury. Thus, it would seem that all criminal behavior is okay for Episcopal clergy, as long as a criminal conviction doesn’t result. 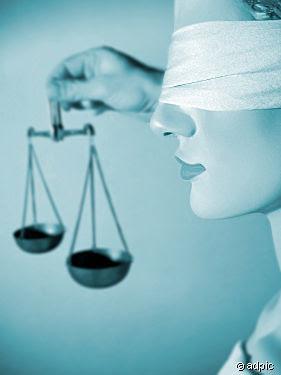 My son and his X were divorced in Jan. of 2018. Included in the divorce dec
ree was an order for his X wife and him to continue to remain under the same roof and his X wife who was in real estate at the time was given permission to act as the agent to sell their home and split the proceeds. She also was to pay half the house payment for which she has not paid one dime. She is no longer in real estate and refuses to pay for or sell the housr.  She had her dad and brother staying in the home as visitors with residences in Michigan. The X,  the brother, and her father created a scenario which was played out as this: My son  arrived home from work and could not get in the house as the locks were changd. The father in law was across the street and came over to my son. My son told him to open  the door and the father in law punched  my son in the face causing them both to fall. My son had his hands full and the video on his phone was turned on. The brother came out and started stomping on my son's head and both the brother and father in law attempted to get the phone from my son's hands causing multiple contusions to his fingers. The father in law had a bruised cheek related to falling from the force of his punch. The police were called and by then my daughter had showed up per my son's phone call. The father in law lied e ground and when the police arrived he claimed he didn't remember anything as he was in Vietnam and has metal in his head. The brother just claimed to be a witness. Both my son and the father in law were arrested and taken to jail. My son was charged with a felony for hitting a senior citizen. Eventually all charges were dropped on both of them. So my son started sleeping at my house as he did not want anymore set ups especially with his 7 year old son in the house. In the mean time the father in law filed for a restraining order against my son with a list of lies including lying to the judge twice about his place of residence stating that he lived at my son's house. The judge never asked for proof of address as in a driver's license of anything. His license states his residence in Michigan. He also lied and claimed my son leaves bloody tissues in the shower from shooting up drugs between his toes. I know he leaves bandaids in the shower, but they are from warts he has on his fingers that he had been trying to remove with medication. He also claimed my son entered his own home 4 days in a row with his work truck yelling, throwing things and opening drawers.. Not true. So the restraining order was ordered by the judge regardless of him  having an attorney who was to busy texting on his phone during proceedings. It was issued for a year. So here my son is, not allowed to go to his own home for a year yet continues to pay the $1800.00 a month mortgage.  My son tends to let his X get away with so much evil because he doesn't want his son to witness the fighting. The father has since went back to Michigan and we are working on  getting the order dissolved. Last month his X was driving drunk with her minor child in the car for which she was pulled over and charged with DUO with a minor in the car. Wow! She had been withholding visitation to Eric and ignoring his calls and text. This is a another whole story in itself. Parental alienation at it's worse. Eric is not following through on anything and gets upset if I try to tell him something. I am sorry for making this so long, but your we  page really opened my eyes. Can you make any suggestions as what direction he needs to go in regard to this.  I really appreciate it as a mom who's heart is breaking watching this all unfold. Thank you very much.
Posted by Chris Tucker at 9:39 AM 2 comments: Links to this post

Check it Out: Perjury’s Okay for Episcopal Clergy as Long as They’re Not Convicted

Recently, I again contacted the Episcopal Diocese of Virginia about Episcopal priest Bob Malm’s lies under oath. Among other things, he falsely stated under oath that my mother, or someone claiming to be her, contacted him repeatedly. This simply didn’t happen, and it should be an easy matter to pull emails or phone records to confirm that my mother, dying of COPD and very frail, never contacted Bob. Nor did anyone contact Bob claiming to be mom. It simply didn’t happen.

But rather than investigate, the diocese says it won’t touch the matter absent a criminal conviction. Guess that extends to rape, child abuse, robbery, embezzlement and murder. It’s all okay as long as there’s no conviction.

My takeaway: The Episcopal Church is seriously screwed up.

Some time ago, I emailed both Bishop Susan Goff and Bishop Shannon Johnston of the Episcopal Diocese of Virginia about Episcopal priest Bob Malm’s false statements of fact to the courts. Neither bothered to respond. Bob Malm remains rector of Grace Episcopal Church in Alexandria VA and, to my knowledge, has not been held accountable in any way for his fabrications.

In addition, I have informed the bishops repeatedly of Bob Malm’s written perjury in his response to my interrogatories, in which he lied, claiming that my mother, dying of COPD, contacted him repeatedly. She did not.

Needless to say, the bishops have done nothing about this incident of perjury, either.

Here is a copy of my email.